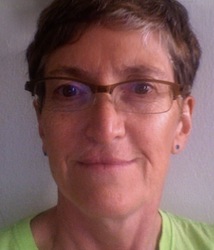 Susan became seriously addicted to swimming in the mid-’80s while swimming with (but not on) a developing swim team at Lehman College. From there she joined a masters team and started competing in numerous local events. Her most memorable award was a third place trophy for the Terrible Triple event (800m Free, 400m IM, and 100m Fly) in the early ’90s at Roberto Clemente State Park. Shortly before Gay Games IV in 1994, Susan joined TNYA and continued to train and compete locally, occasionally placing in her age group (especially when the faster swimmers didn’t show).

Always passionate about learning and improving, Susan became a water safety instructor (swim teacher) and has worked for the NYC Parks Dept., Baruch College, and Lehman College. Soon after, she became a TNYA coach, as the founding instructor at our Basic Skills Clinics. In 2010, with the help of Conrad Johnson, then our head coach, and TNYA, Susan attended the American Swim Coaches Association’s World Clinic, which inspired her to get a Masters Level 2 coaching certification. Susan enjoys introducing new swimmers to all the little details about strokes and technique that will help them improve and move ahead in the pool.