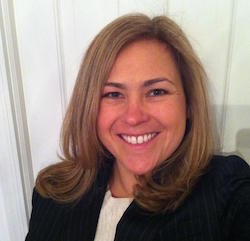 Rachel grew up swimming and swam through high school, where she was on Florida’s state championship high school team (while she was there) but was just honored to make the team each year, as she didn’t actually earn them any points. She then became a lifeguard and swim instructor, working every summer through college, where she eventually became the manager of the US Navy’s pool in Naples, Italy. Rachel studied exercise physiology in undergrad and grad school at the University of Florida, where she continued her career in adult fitness.

In 2004, Rachel picked up competing in triathlons and became quite competitive at the local age-group level and even is a certified USA Triathlon Coach. In order to support her training, Rachel joined TNYA when she moved to Brooklyn in 2011. She became a TNYA substitute coach, then joined the board, and then took a permanent coaching slot at the LPZ workout on Saturdays. Along the way she was an assistant coach at the annual team training camp in Florida in 2012, she completed her first IronMan Triathlon, and she represented TNYA at IGLA in Seattle. Most recently she had a baby with her husband, AJ, who is also a member of TNYA. This has certainly made training harder, but she still regularly attends evening workouts and hopes to do some open water swimming during the summer — and maybe even compete in a triathlon or two, just to keep her feet wet.