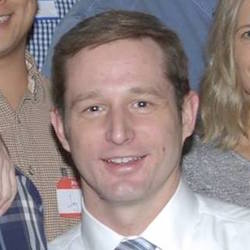 Alex learned to swim at 2, and aquatic sports have long been an important part of his life. He started swimming competitively at 12 and began playing water polo in high school in San Antonio, Texas. He attended the University of Texas in Austin, and moved to New York in 2005 to work as an architect. Alex joined TNYA in 2009 and the water polo team in 2010, and has been the water polo representative on the TNYA board since 2014.