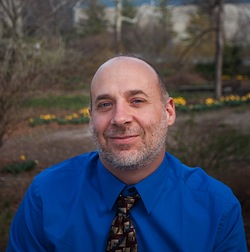 This year the highest fundraiser at the One Hour Swim was Randy Chamberlain. For this, as well as the years of hard work he has dedicated to the team, the Board is delighted to declare Randy our TNYA of the month. Randy was on the TNYA board in 2006-2007 and 2010-12 and has served as President, Vice President, Treasurer and Coach Liaison.

Randy learned to swim in Gun Lake, Michigan, where he spent every summer of his childhood at his grandparents’ cottage, and basically didn’t leave the water until he went home at the end of the summer. Randy started competitive swimming in junior high school and then took a roughly 20-year hiatus, occasionally swimming on his own, but mostly not.

Randy returned to swimming at 35, when he attended his first TNYA practice on December 30, 2004. Randy tells us that from the first day he was hooked, and before he knew it, swimming 3-4 times per week became his routine. We love this wonderful quote from Randy: “TNYA has become my community, and the anchor in my life that keeps me sane.” We recommend you read this blog post on his 5th anniversary with TNYA.

Since joining the team, Randy has attended all but one IGLA (he missed Copenhagen in 2009) and Gay Games. He has also attended every swim camp since 2006. When Randy is not swimming, he’s an immigration lawyer, working out of his living room.

Please join us in thanking Randy for his service to TNYA.