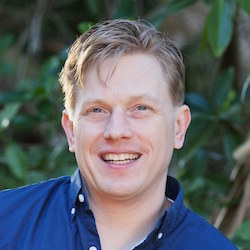 John is one of many unheralded teammates who has continually contributed to our team with his commitment, good will, participation, and support. Herewith, an interview conducted by Danny Rosemarin.

When did you join the team and why?

I initially swam with the team in 2004 while on a long term work project in Princeton,NJ. After relocating in January 2005, I transferred my membership from DCAC (the Washington DC LGBT team), wanting to stay on an IGLA team. A job change then moved me to the Bay area at the end of 2006, where I continued swimming with the Tsunami’s until I returned to NYC in 2011.

In what ways have you participated in and contributed to the team, team events, functions, fundraisers, meets, administration, etc?

I have volunteered at local meets and open water swims as a timer, or to do setup / teardown. I have also marched with the team in the Pride parade and volunteered when we have had a drinks booth or were wrist banding incoming attendees at the Pier Dance. Over the years, I have competed in regional swim meets, several IGLA’s (Atlanta, Seattle, Stockholm, Edmonton),and two Gay Games (Chicago, Cleveland). I have participated in two TNYA swim camps, informal fun open water swims, and bike/swims or run/swims with team members.I have also communicated opportunities to participate in the NYC adult outdoor lap swim program.

(I might add that John did us proud at IGLA in Edmonton, winning medals for individual events. And John also did a great job organizing and promoting those NYC outdoor swims this past summer! —DR)

What have been your goals as a swimmer and what challenges have you faced and/or overcome to meet them?

My main goal has been to stay healthy through regular physical activity, with swimming as my favorite sport since childhood. As a masters swimmer, the long distance events have been tough to figure out. In 2006 before Gay Games, Paul Fortoul (highly regarded, deceased TNYA coach) spent a lot of time coaching me on the 800 free to teach me what to keep in mind while doing the event. My main personal challenge has been asthma, addressed by use of a daily inhaler.

(I too had asthma, as a child, and have always felt that swimming kept it in check, although perhaps it can sometimes make it more challenging. —DR)

What personal challenges have you faced and how has being with TNYA supported you in those challenges?

How do you feel about the team and its members overall and what advice would you give to new, veteran, or returning swimmers that has worked for you?

I have enjoyed being a member of the team and swimming at the coached workouts. I recommend other team members to get at least 3 practices a week, preferably 4, for improving speed/technique. Practicing with that frequency, I started noticing improvements. Due to the costs of masters swimming in NYC, it helps to supplement the coached practices with individual workouts at community pools like Riverbank State Park and LaGuardia Community College.

(This is a good time to remind swimmers that the Paul Fortoul Fellowship is available to offset the costs of our workouts. —DR)

I’d like to encourage all team members to attend a couple swim meets per year. Since I did not swim in college, I had no intention of competing when I became a masters swimmer, and for the first few years my involvement just consisted of attending practices. After transferring to DCAC, while still coming out, team members regularly nudged me to compete. I finally relented and found the meets to be quite a bit of fun, especially the relays. At that meet there was no gay bashing from the “straight” team I had formerly swum with. The meets are more about each person giving their best, not worrying about hitting some magical time. In addition, the meets hosted by IGLA teams are usually accompanied by fun events that help take the edge or nervousness off of competing. There is a lot of camaraderie and they can be a great way to get to know fellow teammates better.